The Mikrotik RB5009 Series is one of the most powerful home lab routers which was inspired by the feedback from Mikrotik User Meetings (MUM).

The RB5009UG+S+IN features a total of 9 ports which are connected to the Marvel 88E6393 Switch chip.

This switch chip has a 10 Gigabit full duplex line to Marvell 88F7040 Quad-Core ARMv8 CPU that runs at 1.4Ghz. Both CPU & Switch chips are located at the bottom of the board so that the metallic case can be used as a massive heat sync.

The Mikrotik Routerboard RB5009UG+S+IN can be powered in 3 different ways:

The Mikrotik RB5009 is a perfect home lab router that can handle heavy CPU loads. Mikrotik has really taken these router boards to the next level in performance, beating several other brands in the price range.

The Mikrotik Router Board is powered by Router OS which is a very powerful system that provides you with all the facilities like an Internet Service Provider.

The Router is powered by a Quad Core Processor and has 1 GB of RAM with 1 GB of Storage.

The Mikrotik routerboard uses RouterOS which is very powerful and provides you with all functions of an ISP.

The Mikrotik Routers are manufactured in Latvia, Northern Europe.

How to factory reset Mikrotik routerboard?

To reset a Mikrotik router, press and hold the physical reset button in the router until it resets.

Does Mikrotik RB5009 have WiFi?

The Mikrotik Routerboard RB5009 is an ethernet router and it does not have any wireless radio built into it. Hence it cannot broadcast any WiFi. 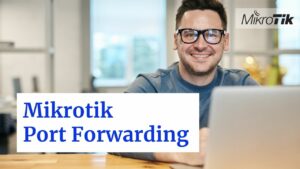