Google has recently announced the New Adsense Optimized ad Code which can improve the performance of ad loading on your websites. The new AdSense ad code works for both auto ads and also for manual ads.

To get the benefit of faster ads loading on your website, Publishers need to update their old Adsense ad code with the new google AdSense ad code.

For publishers using auto ads, publishers are not required to take any actions. The Adsense new code will be applied to your website automatically and you can enjoy the fast performance of the ads offered by Adsense new ad code.

Google’s new Adsense ad code is optimized for performance so that the ads on the website load quickly, and help publishers improve their web core vitals.

We recently launched a new version of the AdSense code. The new AdSense code allows AdSense to trigger optimization features earlier which can improve the performance of the ads on your site. The new ad code works for both Auto ads and ad units. Google Updates about New Version of Adsense Code.

Google also said that publishers do not have to update the old code to the new code. Google says, “there is no requirement to replace the existing ad code on your site.”

“However, you’re welcome to update your ad code if you want to take advantage of the new optimization features,” the company added.

Google also advises publishers to avoid having a mix of old and new ad codes on the same page.

While replacing the new google AdSense Optimized ad code, make sure that:

Do publishers need to make any changes?

No, Publishers don’t need to take any action. Publishers will have access to the new ad code the next time while signing in to AdSense and get the code from the Google Adsense account.

Do Publishers have to replace their site’s old ad code with the New Optimized ad code?

There’s no requirement to replace the existing ad code on the Website. However, Publishers may update your ad code if they want to take advantage of the new optimization features. 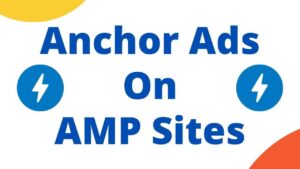